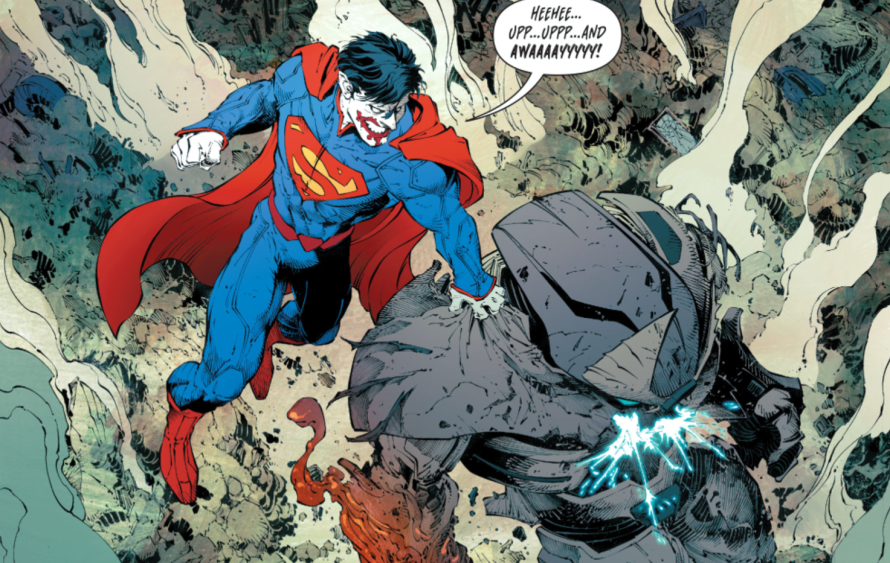 Batman 36 gave us one of the best Batman vs Superman fights in recent comic history, and reminded us why the Joker has the iconic status he has. If I see a fight between Batman and Superman in the movie like they did in this comic, I will be a very happy girl. And isn’t it funny that the Joker’s new look comes out just when all these Jared Leto rumours start surfacing, how interesting…

So a little context for you if you haven’t been reading the current Batman run (which you totally should be by the way), the Joker, who was presumed dead, infected the entire Justice League with his toxins. Of course like a boss, Batman easily took care of all the Justice League members, except for one, Superman. The few pages of the fight between Batman and Superman were really incredible. From the artwork to Bruce’s internal monologue, it was really well done. Superman, or should we call him Super-Joker, or SuperJoke? Hmmm, well anyways he goes full force on Batman. The big thing about your typical fight between Batman and Superman, is that Superman always holds back. Bruce and Clark, they’re buds you know, deep down he never really wants to hurt Bruce.

SuperJoke on the other hand, he doesn’t have much of a conscience. Bruce tries to plead to Clark, to snap out of it, but Clark’s gone, so Batman goes full force right back at SuperJoke. And we all know that Batman is always prepared, so it’s no surprise he has an amazing suit designed to defeat Superman. Now we know that in the film Batman v Superman, Batman is going to have a mechanical suit, as we saw in the comic-con teaser. And obviously the film is mainly drawing from The Dark Knight Returns comic, but if they put some of the features in Ben Affleck’s suit, like the ones in the comic, oh wow it would create a beyond epic live action fight.

So here’s a rundown of some of the features of his suit: SuperJoke asks the question we have all asked, to Batman he asks, “So Bruce, who wins in a fight? Batman or Superman?” he then gives everything he’s got to Batman, and flies him through the air chuckling with his sinister laugh. Bruce in his internal monologue answers the question, “the answer is always the same. Neither of us”. Technically though Batman did win that fight, as he got SuperJoke down and cured him, but emotionally it’s a hard one.

But the Batman vs Superman fight wasn’t the only great thing about Batman 36, so was the return of the Joker! So here’s the thing, before he died, the Joker loved Batman. He considered Batman his friend. He didn’t think anyone was worthy of Batman, and that he and Batman were so alike. That all changed when Batman completely ruined the Joker’s plan to kill the Bat Family, so now he’s back to hating Batman. And the Joker isn’t an idiot. Crazy, but not stupid. He’s been carefully planning this plot for a long time, and now he’s back, with a new face (because well, he cut his old one off). And I just find it funny that this new Joker look, it’s very sleek and suave, and something I can totally see Jared Leto pulling off. If Leto is to be Joker, this is how he would look like: 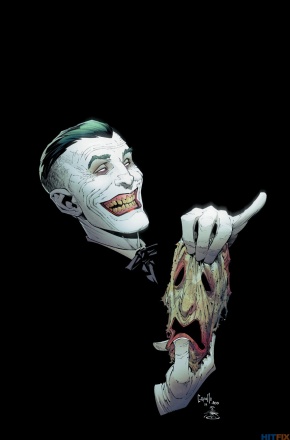 Anyways Batman 36 is definitely one of my favourite issues of the new 52 Batman run, and I’m looking forward to see how this whole Joker shin-ding goes down.