Is Powers good and worth watching? If you’re looking for a time filler, then yeah!

Powers isn’t a bad show, and it isn’t amazing either. It definitely has the potential to do something really great, but I really don’t think the Playstation Network is going to allow Powers to reach that potential. So let’s discuss Powers!

Tip of advice for Gotham: Subtlety is key.

So Barbara Kean is a drug addict now. Something we found out through clunky exposition between her and Renee Montoya. It’s shit like this that makes me cringe at Gotham. But it can be easily improved upon. 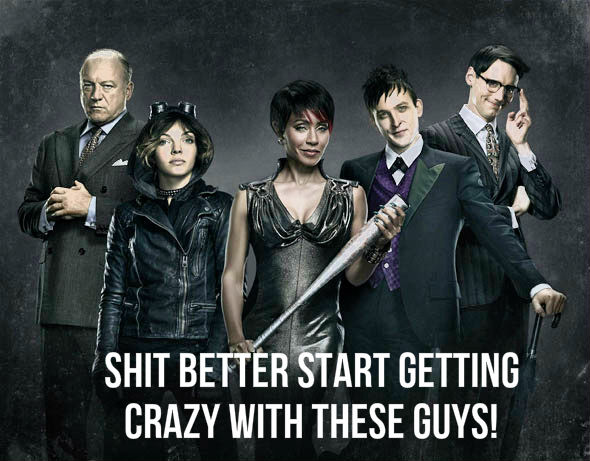 Gotham: Will we ever see real, crazy Batman villains? Maybe not. Arrow. The Flash. Gotham and Constantine. These are our current Dc tv shows, with Supergirl and most likely Teen Titans (Titans) coming to tv as well. Now we know for sure that they are going to keep the movie and tv universes separate, which I believe is the […]

First things first, I never hated Agents of Shield the way most people did, I just disliked the first half of season 1. If you gave up before the Captain America episodes, I suggest you give the show another try because it’s actually pretty good now. Season 2 […]