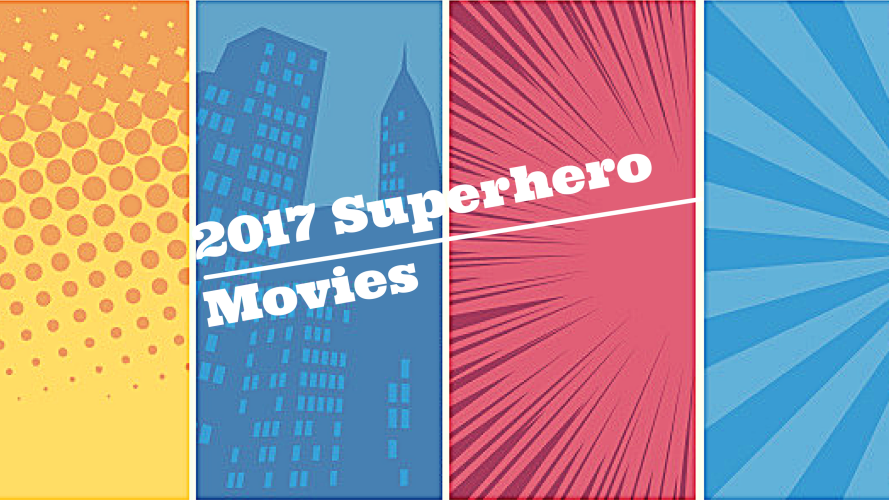 A new year, means a new lot of superhero movies to look forward to. Once again, we’ll be greeted with 6 superhero movies from the major studios this year, so let’s run down my personal ranking in order of anticipation.

I have to say that ranking this year’s movies is pretty difficult. Everything looks promising in its own way. We’re getting 3 sequels, and 3 start of franchise films, so there’s a lot of different stuff to look forward to.

Really it’s unfair to put Thor last because it’s the only one we haven’t seen any footage from. And because of our limited knowledge of what the film has to offer, it’s hard for me to not put it as last. That’s not to say I’m not excited for the film, I definitely am. It’s just hard to shift it higher on the list when we don’t know too much from it. The film is also coming off a disappointing and honestly, forgettable sequel in Thor: The Dark World.

However the director of the film has pretty much said he’s ignoring the previous Thor films, and is just going to do his own thing, which could be good. The only thing we’ve seen from Thor: Ragnarok was the mockumentary like footage above. I think it’s revealing in a way, because it shows us what type of tone to expect. Taika Watiti who will be directing the film, is well-known for his film “What We Do in the Shadows” which is a comedic mockumentary about vampires, similar in tone to the Thor footage.

So whilst all this end of the world stuff is going down, expect to see a lot of humour. Especially with the interactions between Thor and Hulk. Really Thor: Ragnarok is like a road trip movie with those two, except with apocalyptic stuff going down as well.

Plot Description (Basically): Thor and Hulk undergo battles in space yay, but what’s more important is that Thor is on a journey to find the weapon to stop the universe-ending event, Ragnarok.

I can’t say I’ve really enjoyed any of the past Wolverine films. I wouldn’t consider them bad, no not even Origins with its weird Deadpool, but they’ve never been the type of movies I came out really loving. Logan however looks quite promising. The trailer gave us a different kind of feel, hate to use the words, but it felt gritty and dramatic. But we know better now don’t we, we can’t let well-edited trailers fool us. But I have good feeling this won’t be another generic Wolverine film.

Sometimes it feels like the X-Men universe is just going around in circles. Nothing really matters anymore because nothing really sticks. So maybe this will be another film that technically never really happens, but it feels like it’ll be more dramatic and meaningful compared to other X-Men films.

Plot Description (basically): Everyone’s dead! Well the other X-Men are, except for Wolverine and Professor X. To make things worse Nathaniel Essex is destroying the world.

Yeah I know, another Spider-Man movie with another new Spider-Man. But things are different this time, I mean we’ve never seen Iron Man pop up in a Spider-Man movie before! In an interesting conversation, Andrew Garfield discussed how whilst making the Spider-Man films, he felt story and character were no longer a priority for the studio. The franchise felt solely driven by corporate goals with little regard to respecting the character and creating a quality product.

Obviously making money is important for all studios, but let’s not forget that this is a creative industry which requires thought and effort. Hopefully with Sony and Marvel Studios teaming up we’ll see the heart get put back into the franchise. And from what we’ve seen so far, it looks like we’ll be getting that. The sense of youthful innocence and wonder can be felt again in the trailer. Guess it helps that someone age appropriate is playing the part this time.

Plot Description (basically): After having fun with The Avengers, Peter develops as a hero alongside the world’s greatest mentor, Tony Stark. Which means juggling being Spider-Man with the normal teen struggles of high school and relationships. Oh, and he has to deal with that Vulture guy.

Guardians of the Galaxy was considered a weird choice from Marvel. Now here we are, and it’s one of their most popular films. It’s hard not to love a movie with a talking racoon who has a tree for a best friend. The first footage for the film looked as entertaining as we expected it to look. And this time we get Baby Groot which makes things even more adorable and exciting. Although the villain wasn’t the best in the previous film, what made it was the interactions between the team. Just looking at the trailer, it’s clear we’ll be getting some great new interactions between the team again.

When Suicide Squad came out, many compared it to Guardians of the Galaxy. And where Guardians succeeded where Squad did not, was introduce many different characters and allow the audience get to know them individually and together as a team. You genuinely felt the bond between the Guardians unlike in Squad.

Plot Description (basically): Daddy issues arise as the team continue their cosmic adventures, and fight to keep their family whole.

Now I know many are sceptical about this film. Batman v Superman was a divisive film to say the least, and people aren’t happy with Snyder continuing on these films. I’m a little sceptical myself, which is why it’s not number one for me. But I still have the DC Comics crazy fan in me, so I’m still excited to see it. There’s a lot of ground to cover in this film. Introducing Flash, Aquaman and Cyborg, bringing Superman back from the dead, oh and fighting that Steppenwolf guy.

Hopefully the film will learn from Batman v Superman’s errors, and feel more cohesive and less overstuffed. But there’s no denying that either way, it’ll be awesome to see the Justice League come to life on the big screen. We got a little tease in Batman v Superman, so to add Flash, Aquaman and Cyborg sounds good to me. Hopefully the film isn’t “Batman and friends” but actually Justice League, it’ll be good to see all the characters get their chance to shine.

Plot Description (basically): Batman is sad that Superman died and finally figured out there are bigger problems to battle than his ego. So he sets out to unite a team of heroes to fight the enemies he suspects are on their way.

The warrior princess is finally getting her chance at centre stage! I can’t wait for the day when a female leading an action movie isn’t considered risky. Wonder Woman will hopefully propel us to a place where studios are at least slightly more comfortable with leading women. So, there’s a quite a bit riding on the success of the film. But from what we’ve seen so far from the two trailers, things look good. We don’t know too much about the villain of the film, however we know the overall story.

Interest for the character seems good as well. Batman v Superman gave people a little sneak at her character, enough for people to want more. And it’s Wonder Woman for crying out loud! Everyone knows her name. However, unlike Batman and Superman, most people know the name Wonder Woman, but don’t really know who she is. Her origin story and mythology isn’t as well-known to the general public. Therefore, whilst people roll their eyes when they hear about seeing Superman or Batman’s origin story, seeing Wonder Woman’s is new and exciting.

Plot Description (basically): A random guy rocks up on an island full of women, but it’s not as happy as it sounds. World War is  breaking out, and it’s up to our favourite warrior princess to help mankind.

So there we have it! Now I know I left out Power Rangers and The Lego Batman Movie, but eh. Overall we got a lot to look forward to in the year, and I’m sure just like 2016, some will be hits and some will be misses. We’ll just have to wait to find out.