Why does Barry save his mum and make constant dumb decisions? The Flash season 2 discussion

It’s been a packed few weeks so I didn’t have time to talk about The Flash season 2 finale, but I do want to talk about one thing: when will Barry stop making such poor decisions?

So in The Flash season 2 finale, after some weird time remnant adventures and the defeating of Zoom, Barry decided to do something dumb. Now Barry doing something dumb was a familiar aspect of both seasons. And you know, it was fair enough most times.

He hasn’t been The Flash for long, so a lot of what he does is trial and error. And soon you realise that if Barry wasn’t surrounded by a team of people, he would probably have ended the world a long time ago.

Now I love the show, and although season 2 wasn’t as strong as season 1, it was still pretty good. But that last moment in the season finale, I couldn’t help but fill with an overwhelming case of face palm. Why Barry, why would you think saving your mum would be a good idea?

I get it, he’s been through a lot. He finally found a way to move on from his mother’s death, only for his dad to be killed in front of him. Then to find out that the real Jay Garrick, looks exactly like his dad. Yes, it’s quite the emotional rollercoaster, but still, we’ve been here before.

If this was the first time Barry tried to save his mum, then I would understand. He doesn’t completely understand the implications of his actions (I mean at least go back in time to save your dad, would probably cause less time problems), so that choice would make sense.

But Barry has done this before, and the last time he did it he trusted his future self, and didn’t go through with it. Because he knew that no matter how much he wanted that life, messing with time isn’t a good idea (which is something he learnt the hard way).

Flash forward a few months, and Barry has made the same dumb decision???? Why Barry, why would you save your mum? Yes, his emotional state is wrecked, but really? Does he have no room for rational thought when he’s sad? Does he always need a team of people holding his hand, telling him that it’s a bad idea? Especially with all the time travel commotion that went on this season, and with those damn Time Wraiths, you would think he would have realised by now that messing with time in that way is an incredibly bad decision (Rip Hunter would be flipping out if he knew about this).

Barry was in a really bad place and wants to reset. Saving his mum means growing up with his parents, not Joe and Iris, and never becoming The Flash. That’s why we saw the other Flash erase from existence, Barry is basically a time remnant now. So what’s done is done, and maybe this time we’ll actually follow through with the Flashpoint story line.

Basically what I hope to see in season 3 is a less naïve Barry Allen. It’s time for some growth, but with the changed timeline, how much of an impact will it have? 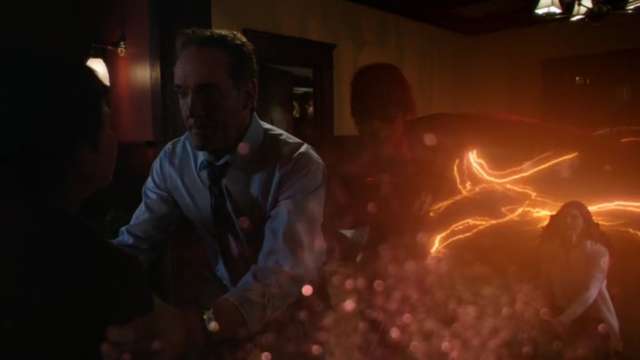 Will season 3 introduce a completely reset timeline? Or a timeline with some minor and major changes? Remember that DC Comics are going through a Rebirth phase because they changed too much after Flashpoint. So to remove all the character relationships and growth we’ve seen so far would be a mistake. But perhaps the changed timeline will make it easier to change some things people don’t like (no I don’t think Olicity is going away) and introduce some other things (make it easier for Supergirl’s transition).

If they are taking a similar route to the comics, then perhaps we’ll see a few episodes in the really messed up timeline, before Barry goes back in time again to stop himself (hmm how many Flashes will be in that room now), and then when he fixes that things will be slightly different, but no one will realise.

And hopefully after this Barry will finally realise that he shouldn’t mess with the timeline, and to really think about his actions before his commits to them!