Why was Deadpool so successful? No, it’s not just about the R-rating (Discussion)

It didn’t take long after Deadpool’s success was clear that talk about the importance of the movie’s R-rating kicked in. It’s sad that when a movie like this is successful something like the R-rating is the point of conversation, rather than what should be the point of conversation. Deadpool wasn’t successful because it was rated R and had a lot of violence and nudity. It was successful because it knew who the character was and what the world was and fully embraced it.

So you’ve probably already heard a lot of talk about studios potentially now being a lot more favourable towards R-rated properties. There’s already been talk about the final Wolverine movie being R-rated. Now the discussion is focused around this idea that by making a movie R-rated, it means instant success!

I mean it’s total crap. Making a movie R-rated, giving it more violence, sex etc doesn’t suddenly make it better. The R-rating worked for Deadpool because it allowed the character to fully embrace its nature. That’s why the movie worked, because it was so true to who Deadpool is and it wasn’t afraid to showcase that in all its ugly glory.

So really the conversation shouldn’t be around studios making movies, or in particular comic book movies, R-rated, it should be about studios letting these properties just be themselves on film. Instead of changing things dramatically because they feel it won’t work for the movie-going audience, allow the filmmakers to embrace these characters no matter how obscure or crazy they may be.

We saw in Wolverine: Origins that Fox was scared of Deadpool. They didn’t think that the Deadpool in the comics would work in the movies, so they made something they thought the general audience would like more, which they were wrong about.

Of course when it comes to film adaptations sometimes changes do need to be made to fit with the film world more, but when it comes to characterisation, there’s a reason these characters have been so popular in the comics, so why not use that in the movies?

Deadpool should be showing the studios that they can take characters that aren’t considered “safe” and put them in their movies, unchanged. Keep in mind, it’s not like Deadpool was a completely random character, he was already quite popular in the comics, but compared to what the non-comic book audience are used to, he was quite weird and different. 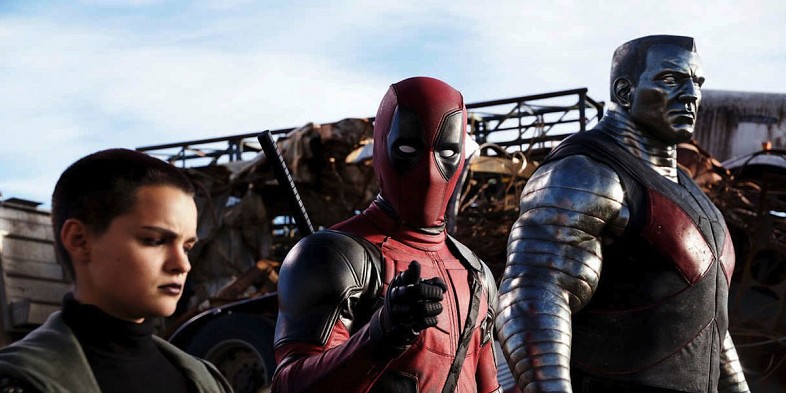 And that’s the lesson studios need to take out of Deadpool’s success. It’s not about the R-rating, it’s about taking characters from the comics who have been successful and may not necessarily be a safe choice, and putting them on the big screen, in all their natural glory.

I’m thankful for Suicide Squad which looks true to its comic book counterpart and I’m thankful for Doctor Strange which looks like it will be embracing the weird and mystical world of the Marvel universe. Hopefully the trend keeps going and we’ll see some more, less typical characters getting their time to shine on film.