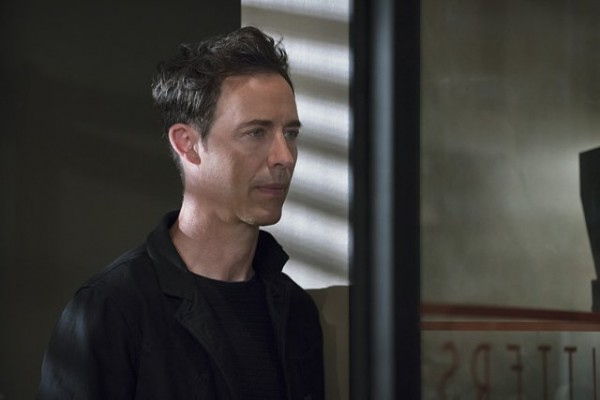 Earth-2 Harrison Wells seems to be making himself comfortable. Even though he isn’t secretly the Reverse Flash, this Harrison Wells doesn’t seem like the nicest guy. Yes he saved Barry’s life, but Jay Garrick is onto him, and so should the rest of the team.

It’s a little strange that the team are so quick to side with “Harry” over Garrick, considering they’ve known Garrick for longer and the last Harrison Wells they knew tried to kill them all. But this Harrison Wells does know his stuff, that’s clear as he helped the team with this week’s villain.

The villain of the week was Dr. Light. The show made the change of making the character Linda! Her character’s arc continues to next week as actual Linda pretends to be Earth-2 Linda as a trap for Zoom.

Jay Garrick’s words of wisdom were completely ignored by the team, but he was right. They aren’t prepared for Zoom, and getting into a fight with him with no knowledge about how to defeat him is incredibly risky.

It kind of shows how much of an influence Eobard Thawne had over the team. He was their voice of reason before, and aided them in successful missions. They haven’t had that in a while, and it makes them weaker as a team.

Of course now they have Earth-2 Harrison Wells. And the question is, is Earth-2 Harrison Wells evil? I don’t know if evil is the right word to use for him, but he’s not a good guy. Just from that opening in the beginning of the episode, we saw that Wells likes to manipulate others. He manipulated the public into forming a certain image of himself, an image that Jay Garrick saw right through. He’s almost like Lex Luthor, developing tech he claims will help society, but instead has hidden motivations. He’s not exactly empathetic to Team Flash’s losses either, so no I don’t think he’s a good guy.

I’m starting to think that the Earth-2 on The Flash is similar to the Earth-3 in the comics. In the comics Earth 3 is the home of the evil versions of the normal Earth. So Earth 3 houses evil Superman and evil Batman etc, but if you’re evil on the normal Earth, you’re probably good on Earth 3, so Lex Luthor is a hero on Earth 3.

Perhaps a similar thing is happening here. Linda is good on our earth, but evil on theirs. The other dopplegangers killed their Earth 1 counterparts because they were evil, and their counterparts weren’t. Harrison Wells (the real one), was good on this Earth, but their Harrison Wells doesn’t seem good.

We saw Caitlin Snow as Killer Frost earlier, but I’m thinking that’s Earth 2’s Caitlin Snow, the evil one. Some people have even speculated that Zoom is evil Barry Allen. Garrick and Wells kept making the point this episode of how fast Barry is and how fast Zoom is. Maybe that’s not a coincidence? Harrison Wells created The Flash on our Earth, and Harrison Wells created Zoom on Earth 2…hmmm….

The other part of The Flash season 2 episode 5 focused on the growing relationship between Barry and Patty. They are quite the cute couple, and their blind date was a lot of fun. I hope this relationship lasts a while because they seem pretty perfect together.

Then of course we got that Hawkgirl cameo this episode. The Flash and Arrow have been building towards the Legends of Tomorrow for a while now, so it was a nice little introduction to her character.

Oh and I can’t finish this post without talking about that Atlantis drop! Does Aquaman exist on Earth 2? They were certainly hinting towards it! Perhaps Jay Garrick has his own established Justice League on his Earth that includes Aquaman.

Overall The Flash season 2 episode 5 was a fun episode, that continued exploring the effects of the unveiled multiverse. Hopefully we start seeing more of Zoom soon, instead of just one-off scenes. Looking forward to next week!