We’re finally reaching that time in the year when most of our favourite TV shows are returning (yay!) and that means our screens will no longer be absent from superhero comic book goodness, as returning and new shows grace our screens once again. So from what we know and seen so far, the question is what will be the best comic book TV shows for the of rest 2015?

Oh how I have missed my superhero TV! The second half of 2015 brings us 6 superhero TV shows, so let’s rundown them all in order of what seems to have the most potential (I’m curious to see how this list compares to my list at the end of the year). 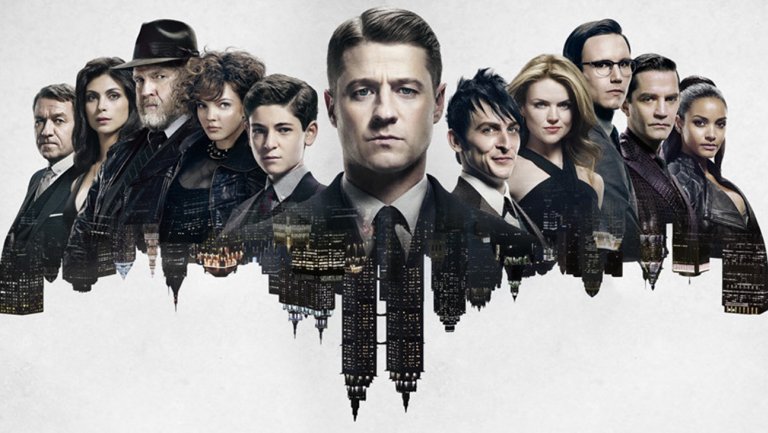 What’s it about: Gotham is the story of life before Batman. It follows Jim Gordon as he tries to make his way through a corrupted Gotham that’s birthing villains like Penguin, Riddler and Catwoman.

Gotham season 1 was a bit of a mess. We had strange characters like Fish Mooney, and characters that jumped all over the place like Barbara, but the Penguin was awesome. It’s clear that the creators of the show don’t feel the need to be tied down to the original Batman material at all. And that’s okay in most parts, this is their elseworlds tale of the Batman mythology. Once you get used to the weird and quirky world of Gotham, it’s easy to enjoy. Season 2 is being positioned as being much darker than season 1, with Gordon taking a darker path and Penguin taking over Falcone. If you’re okay with the show taking very different approaches with the characters in the comics, and accept the more Burton-esque/Batman Returns vibe the show is going for, you should enjoy Gotham season 2.

What’s it about: Agents of S.H.I.E.L.D follows Agent Coulson and his team as they deal with the things in the Marvel Cinematic Universe the superheroes aren’t dealing with.

Agents of S.H.I.E.L.D season 2 was definitely an improvement over season 1, however character wise I don’t find myself as drawn to the characters on the show as I am to other characters on different comic book TV shows. However things in season 3 look to be really interesting with the continuation of the Inhumans arc. My problem is that ABC are looking to make a spin-off with Bobbi and Lance, which means taking two of my personal favourite characters off the show. But it will be a while before they leave. With 2016 being the year of Captain America: Civil War, I’m expecting to see some build-up to that this season. Season 1 majorly improved after Captain America: Winter Soldier, so it will be interesting to see the rise of the Civil War conflict in Agents of S.H.I.E.L.D. If you want to know what goes on in the MCU when the superheroes aren’t around you should enjoy season 3.

What’s it about: Supergirl tells the tale of Kara Zor-El, cousin of Superman, as she becomes a hero in her own right.

I’m trying my hardest not to judge Supergirl before it airs, but the recent reveal of Red Tornado is not doing much to boost my confidence. I love Supergirl, and she’s one of my favourite characters, so obviously I’m going to be looking at this show from a more critical eye, but it definitely has potential. The show needs to remember that it doesn’t have to rely on Superman to make the show great. Supergirl is a great character on her own right, so don’t be afraid to explore that. Having a female-led superhero TV show is a big deal, but focusing too much on the whole “girl power” aspect can make it seem a bit cheesy. CBS is a major network that has the budget to allow Supergirl to have some awesome story arcs, so here’s hoping that we see some cool stuff from the show. Supergirl is being brought to us by Greg Berlanti who is also an executive producer on The Flash (and supposed director of the supposed Booster Gold/Blue Beetle movie), so there’s definitely some hope in that! If you like fun, light-hearted superhero adventures you should enjoy Supergirl.

What’s it about: Arrow is all about Oliver Queen and his efforts to help his city, whilst struggling with his personal darkness, and all the other million different superheroes he’s inspired.

I had a bit of a love/hate relationship with Arrow season 3. There were some good moments, but too much fan-service meant we got bogged down with Olicity drama, when we could have been focusing on greater things. Ra’s Al Ghul is one of the greatest DC villains, yet I didn’t feel like he got the same attention that Deathstroke had in season 2 of Arrow. But it’s a new season so what should we expect? Everyone is a superhero! Diggle is costumed up (unfortunately) and Oliver is returning from his domestic life with Felicity to be Green Arrow. Our big bad is Damien Darhk who is former friend and foe of Ra’s. As long as we keep the soap-opera elements to a minimum this season, there is potential for Arrow to return to its season 2 greatness! It looks like we’re finally going to see the actual Green Arrow, which is exciting. If you like street-level superhero action then you should enjoy Arrow season 4. 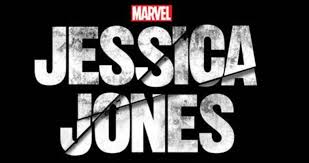 What’s it about: The show is set in the MCU and follows Jessica after the end of her brief superhero career. She’s now a private investigator in New York, dealing with people with abilities.

Daredevil was pretty amazing. Netflix provides Marvel with an incredible platform to explore character and story in a way they can’t do on network TV. We haven’t seen any footage from the show yet, but so far it seems promising, and after the success of Daredevil earlier this year I have high hopes. However there is the problem with it being just another procedural show that deals with the whole “freak of the week” thing. Hopefully it evolves to have a larger story, and brings Jessica back into her superhero game. If you liked Daredevil and the overall MCU then you should enjoy Jessica Jones.

What’s it about: The Flash follows Barry Allen, a forensic scientist who was hit by lighting and ended up getting the power of speed. He can time travel and change timelines, and has meta-human villains.

The Flash season 1 was amazing. There were doubts if The CW could pull off a powerful character like The Flash, but they managed to do it. Barry Allen and the supporting characters were all incredibly well-developed, and the show gave us an amazing villain in Reverse Flash. The season finale left on a huge cliffhanger, and it looks like season 2 is going to introduce different Earths and alternate timelines. Hopefully the show doesn’t get too convoluted and keeps focused. We know we’re going to be seeing characters like Kid Flash and Jay Garrick Flash, so the question is how they will be integrated into the story. Also fingers crossed in season 2 we get an Iris who isn’t annoying! If you want to see the most comic-book like TV show, you should enjoy The Flash season 2.