With superhero cinematic universes taking over the big screen, the conversation has turned to directors, studios and what ultimately makes a good superhero movie. How can a singular director vision survive for a superhero film that takes place in a cinematic universe that’s suppose to share the same branding and vision as the rest of the universe’s films?

Now you all probably know the story of Trank vs Fox that’s been making the rounds lately. Josh Trank, director of the failed Fantastic Four reboot and the studio that made it, Fox, have been going head to head in the blame game of why Fantastic Four ultimately did not work. Basically what we’ve heard is that Trank had an original vision which Fox ended up disagreeing on, hence making last-minute changes. Those last-minute changes can be felt in the film, although the blame cannot solely be placed on Fox as reports of Trank’s behaviour on set became apparent. For example apparently he was quite cold and rude to Kate Mara, as her casting was the studio’s decision, not his. 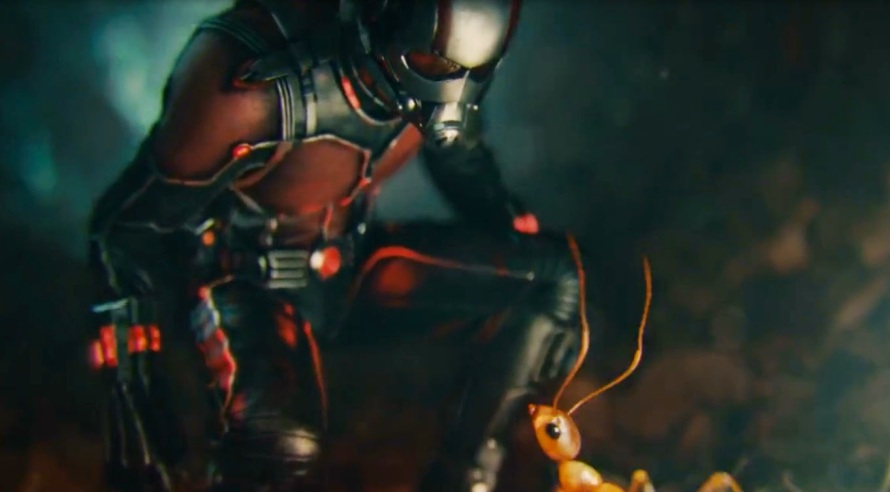 Another story you’ve probably heard about is Edgar Wright’s departure from Ant-Man. Wright who had been developing Ant-Man for 5 years, before the expansion of the MCU, departed the project over differences with the studio.

Then you have Joss Whedon who has come out about his issues with Marvel Studios during the production of Avengers: Age of Ultron. Whedon came out of that movie weary and beaten down, because of his disagreements with the studio. Whedon fought for more quiet beats like the scenes at the farmhouse, but the studio wanted more world-building set-up (like the disjointed Thor cave scenes).

Really superhero directors having issues with the studio is a recurring theme; Jon Favreau left the Iron Man franchise because of his issues with the studio, Patty Jenkins left Thor: The Dark World, Michelle MacLaren left Wonder Woman and Alan Taylor, director of Thor: The Dark World talked about his experience saying, “The Marvel experience was particularly wrenching because I was sort of given absolute freedom while we were shooting, and then in post it turned into a different movie”.

Obviously a happy balance between creatives and suits needs to be found. In the case of Fantastic Four, it’s clear that both sides had problems. Josh Trank clearly did not have the capability of handling a big budget movie like Fantastic Four after Chronicle. Although Fox didn’t seem to handle matters that much better either. Films are a creative medium, they’re art, so treat it as such, don’t just treat it as solely a money churning machine. I respect that Warner Bros pushed Batman v Superman back, even though it was a huge loss for their 2015 slate, it means we get a better quality movie because they took the time to work out the issues.

Fox was in an unusual position in that they had to release Fantastic Four to keep the rights, however if they wanted to make it just for the sake of the rights why not hire a reliable director who is known to deliver a movie that is considered “good enough”? Why go for a risky move like Josh Trank, who clearly is coming in with a unique and different vision, if you just want to play it safe? Fox didn’t seem like they had a clear plan with Fantastic Four and what they wanted it to be. And that lack of vision (and losing confidence in the film half way through) is what ended up hurting them.

Marvel Studios on the other hand clearly has a very strong vision, but this is also the problem at the same time. Their vision seems to be too limiting on many of the directors they work with, however without their vision we wouldn’t have the cohesive cinematic universe that we have now. Yeah it would have been amazing to see Wright’s vision for Ant-Man, but that movie probably wouldn’t have made sense within the wider context of the MCU. And in the game of world-building, that just wouldn’t make sense for Marvel. However again a balance needs to be achieved. A balance that I felt was achieved in both Guardians of the Galaxy and Captain America: The Winter Soldier. Those movies felt like unique Marvel movies because the impact of the director feels more apparent in those films, especially in Guardians of the Galaxy.

However overall allowing the director to imprint their personal style onto superhero films just doesn’t seem as easy in this new world of cinematic universes. Chris Nolan had it easy. He was allowed to make The Dark Knight trilogy according to his vision because it wasn’t tied to anything else. He didn’t have to worry about making his realistic and grounded films work around incorporating Superman and the other League members, he was a true auteur with his Batman films. However now that we have a DC extended universe, a director like Chris Nolan wouldn’t work anymore. Now WB/DC needs their directors like Zack Snyder who can incorporate their own style (as can be clearly seen in the Batman v Superman trailer) with the world-building franchise needs of the studio.

So moving forward, how can these cinematic universes continue to satisfy studio needs and be good films in their own right at the same time? It will be tricky but ultimately it’s about finding the right people who fit, and not getting overly involved. If Marvel wants to trump the criticisms that their films are overly formulaic then they need to give their creatives the opportunity to mix it up a bit whilst staying true to the Marvel tone. And whilst Doctor Strange isn’t up there for me as one of my most anticipated movies of 2016, it will be interesting to see how Scott Derrickson uses his horror style for the film.

And over at WB, if they want to trump criticisms that they lack a vision and plan, then they need to have somebody or a group of people who have an influence over all the films. Snyder and co seem to be those people, the true test is when Suicide Squad comes out and whether Ayer’s vision makes sense in the greater DCEU. As for Fox they need to really figure out what they want for Fantastic Four, so that they can communicate that to the next creative team that tackles the properly. It’s clear in the movie that the studio weren’t exactly sure what they wanted, so it’s time to fix that.

But at the end of the day what the heck do I know! I just hope that these studios and their creatives find a way to balance each other out. In a cinematic universe studio involvement is necessary to create a cohesive whole, but in a film in general, the creative team shouldn’t be so restricted that any sense of unique vision is gone. I just hope we don’t hear anymore horror stories in the future about creative teams fighting studios during the production of the upcoming superhero movies!