By now you have probably either seen or heard about critical and financial disaster that is the Fantastic Four movie by Fox. So let’s dive into the movie looking at what went wrong and what went right.

First of all I did not hate this movie. Some people are acting like this is the worst movie they have ever seen, and whilst I’m not saying this is up there in terms of comic book movies, I don’t believe it’s the total disaster some others make it out to be.

Let’s start off with what was good about Fox’s rebooted Fantastic Four directed by Josh Trank. The overall tone of the first half of the movie was quite good. In fact the first half of the movie was pretty enjoyable. The scene where the group are being examined on the tables exhibiting their powers had the perfect balance of eeriness. It’s scenes like this you get a sense of what Josh Trank can do. What happened to them was sudden and scary, and that was perfectly portrayed during that scene with the way it was shot. The lighting, the suspense, the fear of the unknown impacts the audience viscerally and emotionally. 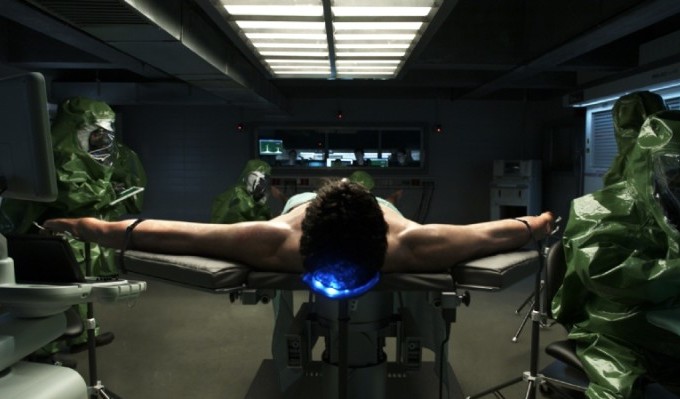 The first half of the movie had a lot of potential. If it was paced a little better but continued with that overall tone of creepiness and sense of mystery, we might have seen a really cool and different Fantastic Four. Now I’m no expert of the source material, but I know that there’s been lighter and darker Fantastic Four comics, so whether you would have liked that tone or not depends on your personal preference.

Then you had The Thing. Apart from him not having any pants and distracting many viewers, visually he looked pretty good, and he was one of the few characters to bring an emotional weight to the film. Really he got the shortest straw when it comes to powers, he becomes a monster and you feel that burden. You genuinely feel sorry for him when his supposed best friend ditches him at his time of need.

Now let’s get into what didn’t work for Fantastic Four. One of my biggest gripes with the film was the poorly developed relationships. The Fantastic Four are supposed to be like a family, and even though this was an origin story the story didn’t allow for the set-up of the closeness of their relationships, except for Grimm and Richards which we saw a little bit of at the beginning of the movie.

Sue Storm and Johnny are supposed to be siblings, yeah didn’t feel that at all. There should have been more lighter and quieter conversations between the pair of them that gave us a sense of where their relationship was. We knew from brief dialogue that Johnny wasn’t that close with Sue, partly because he felt that his father was more proud of Sue. But apart from that, they seemed like two individuals who happened to know each other, not like siblings. 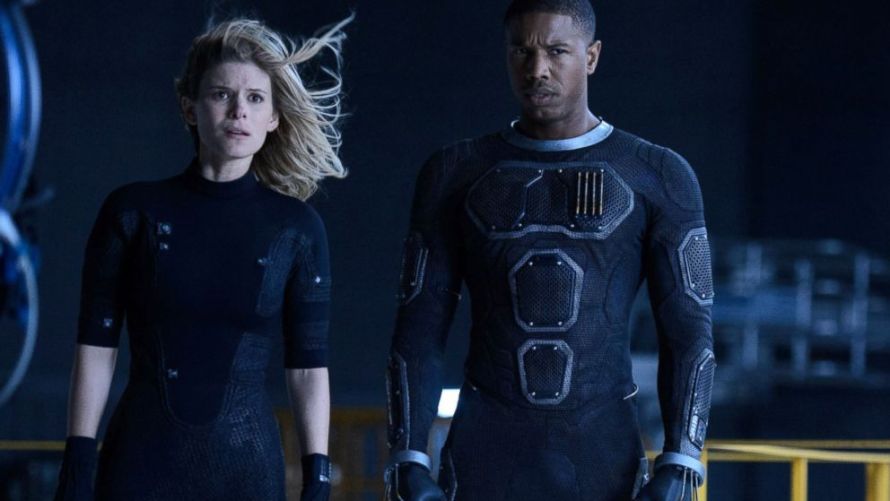 We know that Sue and Reed are supposed to have a relationship, and even if they didn’t want to rush it they could have at least set it up. When Reed comes back after his year away, Sue’s father tells Sue that she’s the only one that Reed will listen to. Why? Did they have a few moments together, sure. But never did I feel like they had developed a bond with each other. Again this could have been fixed with a few quieter moments between the pair of them connecting.

The problem was that these relationships could not have been set up properly because of the bad pacing. The first half of the movie spent a long time building the machine and not enough time on the relationships of the characters. When it comes to a group like the Fantastic Four it should be a little more character driven than plot driven. Perhaps the heavy focus on them building the machine was not needed.

Another character that was poorly constructed was our big villain Dr. Doom. Hmm where to start on this one? When we first see Victor he’s doing some anti-government hacking computer stuff. This could have been an interesting thread, considering where the film goes at the end. He’s angsty, hates the world, likes Sue for some reason and wants to be acknowledged. So it’s Victor’s great idea go to the other dimension without permission, and the others stupidly listen.

(Side note: What’s up with leaving Sue behind in this part of the story? Rude.)

So we get to this other dimension which visually looks terrible. You can tell the studio cut back the budget because those effects did not look done. Anyways Victor ends up getting left behind. A year later when they find him, he’s just straight out evil. Killing people, decides that he wants to kill humanity and start anew on his own world. What???? This is a big jump in character.

Here’s something that might have worked a little better: We saw in the beginning Victor was doing anti-government stuff. He’s an outsider who the world doesn’t seem to understand. And we know that Reed has escaped from the government facility to help find a cure, and that Sue has a problem working with the government. Maybe once Victor escapes from the other dimension he runs out of the facility and finds Reed (I don’t know how he finds him, he’s got super powers okay!). Anyways the pair of them can have a conversation about their similar distaste of the government, what happened to them and how they’re both outsiders now, but of course the extreme nature of Victor causes a conflict and they fight.

This can be one of two fights we see from Doom. So instead of having a terrible one-off battle with Doom, where he forgets how to use his powers and the Fantastic Four suddenly know how to fight with their powers and be a team, this can be the teaser fight to the big battle, which helps each side learn their strengths and weaknesses. Usually in a superhero movie the hero and villain have their smaller battle which leads to their big final showdown. It’s the learning process that allows each side to get a greater grasp on the other side, to fight smarter in the final battle. This didn’t happen in Fantastic Four, but should have.

Then maybe Reed could have returned to the others and told them what happened, where they start working as a team, planning how they can take down Dr. Doom. This is where the team building starts happening, so when the final showdown happens, they are well and truly the Fantastic Four. We could have seen them learning to use their powers and testing them, which is another thing the film skimmed over.

From Tony working out the kinks in his suit in Iron Man to Superman’s first flight in Man of Steel, showing a hero learn and train their powers and abilities has always been a fascinating thing to witness, so it was pretty silly for Fantastic Four to skim that part. And during this time, it would have given the film a greater time to create a bond between the characters. We might start seeing the banter between Johnny and The Thing, and the romance start sparking between Sue and Reed.

Then we can get to our final showdown where Doom is attacking the Fantastic Four and the government facility because he hates the government and the establishment that ruined his life. It’s this hatred that would have been the basis for his descent into madness. The film could have continued the anti-establishment, intelligent outsider thread for Doom’s character that they started at the beginning of the film, but unfortunately they didn’t.

And that seems to be the main problem with Fantastic Four. We see the start of a lot of things, but we don’t see the progression or conclusion of them. The last 30 minutes of the film was a complete mess. You can see the behind the scenes drama with the sloppy editing and pacing (with the reshoots being painfully obvious because of Kate Mara’s changing hair). What could have been a tense and eerie science-fiction movie that had a family of superheroes, instead ended up not knowing what it wanted to be.

And for four really solid actors, I didn’t feel like there was any real chemistry between them and the acting felt incredibly lackluster at times (especially by the end, but that might also have something to do with the cringey dialogue).

So what’s the future of Fantastic Four? Well looking at the opening weekend numbers, Green Lantern had double the opening weekend ($52m) Fantastic Four did ($26m), so considering the financial flop that was, it will be really interesting to see what Fantastic Four’s final cume ends up being. Of course right now the official word is that Fox are still moving ahead with their planned sequel, but I doubt that will happen. If anything we could see a crossover film with X-Men. What seems to be more interesting than the film itself is the behind the scenes drama, which we are slowly receiving more information about.

Overall Fantastic Four was a pretty mediocre movie that suffered from poor pacing, unresolved and poorly developed plot threads and a rushed, messily edited ending. There were parts in the trailer (like Thing dropping from a helicopter) that weren’t even there because of budgetary issues. This isn’t a movie that I will probably ever re-watch, but I wouldn’t mind seeing these characters appearing in a future Fox/Marvel movie. 5/10.