Fantastic Four vs Deadpool: What happens when your studio is ashamed of you 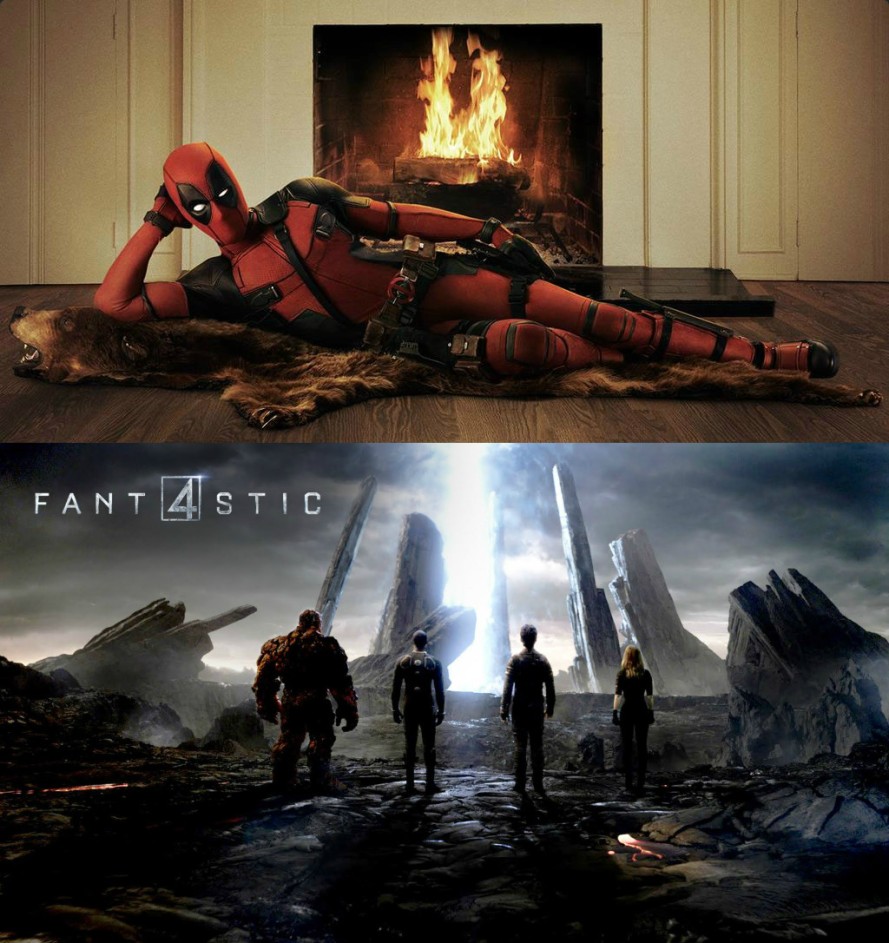 Fox is having a strange time right now with two of their upcoming superhero movies: Fantastic Four is getting the shit beaten out of it with bad buzz, whilst on the other hand Deadpool is doing a happy dance right now with all the positive buzz it’s getting. And whilst I can’t comment on if that’s to do with the quality of those films, as I have yet to see them, I can say that a lot of that also has to do with the marketing for each film. Fantastic Four is the awkward child Fox seems to be embarrassed of, and Deadpool seems like the popular child that they are quite proud of, and that’s not a good thing.

When a studio has a big movie coming out, one like Fantastic Four that has a budget of $122 million, you expect them to be pushing it out to the public like crazy. And sure they dropped a couple of trailers over the last few months, but apart from that there hasn’t been much. Now I’m not expecting Fantastic Four to have the same marketing push that a movie like Batman v Superman would get, which already has started a lot of marketing 8 months before release, but do a little bit more, at least more than you’re doing right now.

Because even if the movie is crap (which reviews suggest it might be, but let us judge a movie by ourselves) at least fake it. This is your baby, act like you’re proud. Don’t throw your property out into the wild to fend for itself. From the lack of promo by the actors, controversy with the director and embargoed reviews until hours before the official release, Fox seems like they are ashamed by this movie.

And it’s sad. It now seems like a desperate movie that was made without very little care and thought, purely made to prevent the rights from reverting back to Marvel. And perhaps that’s not the case, perhaps a lot of hard work, love and dedication was put into the film, and was made into something people were proud of and that the public will enjoy, but I am not getting a sense of that, at all.

Now let’s take a look at Deadpool. Deadpool has been absolutely killing it with its marketing. All the way back to the test footage leaking, to the announcement of the R-rating by killing Slater and now to the hilarious trailer for the trailer, and the actual trailer. Fox seems like they’re proud of Deadpool, and are embracing it. They even let Deadpool make fun of the studio in the trailer announcement trailer. Ryan Reynolds is doing a great job promoting the film and genuinely seems to love and care for this movie.

They get what Deadpool is, and aren’t embarrassed by it, and are embracing it. The trailer was violent, fun and aware of its silly, meta nature. Sure the first time Fox tried to put Deadpool to the big screen in Wolverine Origins they did seem ashamed by the character and tried to make him something he wasn’t, but they learnt their lesson. But apparently that lesson didn’t apply to Fantastic Four?

Especially since people have been shitting on Fantastic Four since its announcement, you would think the studio would try a little harder to block out the negative buzz, but they haven’t done much except add to it.