After all the behind the scenes drama, Ant-Man was finally released, and like most Marvel movies, the perfect word to describe the film is “fun”. And it’s not a bad thing at all, especially for the type of movie Ant-Man was. So let’s discuss Ant-Man!

Next year we’re seeing 7 superhero movies, and as more superhero movies enter the marketplace, the bigger these movies become. Studios feel like bigger is better, which is why we’re getting huge event movies like Batman v Superman, Civil War and Apocalypse. Thing is, after a while you get over the whole “the world is going to end” thing. Sometimes it’s good to get a more character focused piece, with smaller stakes. And that was what Ant-Man was. 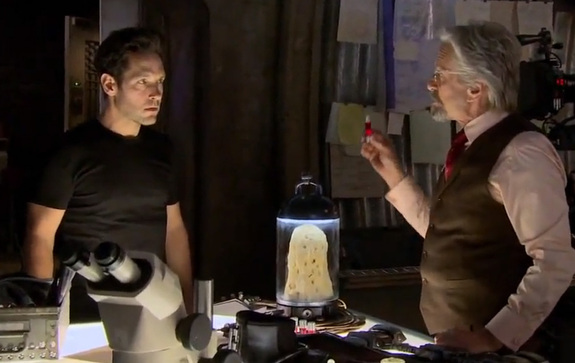 I should say that overall I enjoyed Ant-Man more than Avengers: Age of Ultron (Age of Ultron discussion here). Probably because this is the type of movie that sold itself as being a little weird and quirky, and that’s what it delivered, and because I went into Ant-Man with lower expectations.

Ant-Man felt different to the other Marvel movies, even though it followed the familiar Marvel origin story formula. It had the heist element combined with strong family drama. With Scott and his daughter, and Hank and Hope. And it’s the heist and heart of Ant-Man that makes it a great movie.

Along with the family drama comes the supporting characters, and a stand-out was definitely Michael Pena’s Luis. His character added such great humour to the film “back it up, yupp back it up”. But now let’s get to our villain. Yellowjacket was another pretty forgettable Marvel villain. The villain of the story continues to be a major problem for Marvel films. Corey Stoll’s character claims he had a father/son relationship with Hank, yet we never really see that or get a sense of it properly (it was said rather than shown). He doesn’t come off as sympathetic, he just comes off as another power-hungry villain. I’m just saying, the audience should actually feel something when the villain dies, and I couldn’t care less when he died (or enters another dimension, whatever the heck happened to him). Marvel films need to find a way to give more time for the development of their villains, so they become actual characters, not plot devices to give the hero a cool fight.

But a cool fight indeed it was. The best action pieces came from the smaller scaled fights in the movie. Falcon vs Ant-Man was great. But what was better was the final fight between Ant-Man and Yellowjacket. Visually, Ant-Man has great powers. But he also has weird powers, and it’s important to be self-aware of that. And that’s exactly what the last action piece showed. We see a giant Thomas the Tank Engine, a giant ant running around and the hero and villain battling it out in a child’s bedroom. It may not be “omg the world is going to end” type 3rd act action piece we’re used to in superhero movies, but the smaller stakes worked within the context of the film. When the film embraced the weirdness of its character it worked the best. 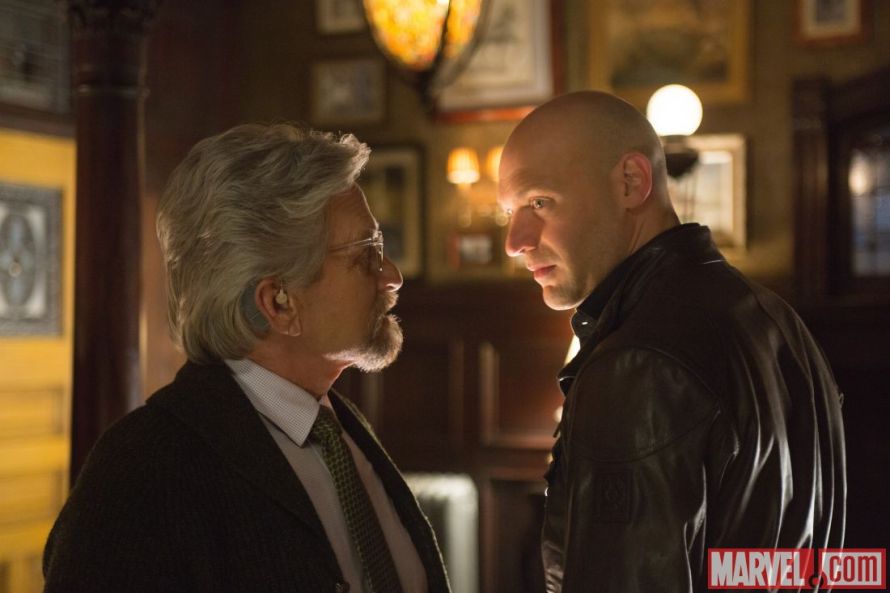 And the smaller stakes felt refreshing. It felt new witnessing the final fight between Ant-Man and Yellowjacket. Witnessing Ant-Man’s point of view when he shrinks down is really cool to see, and nothing we’ve seen before in a superhero movie. So Ant-Man gave us something new, which is why it works.

The humour mostly worked in Ant-Man, and it didn’t feel annoying like in Age of Ultron. Ant-Man is the type of movie that needs humour and one-liners consistently. But seriously, I need to see more of Luis, he was so good!

It will be good to see more weird superhero movies like this, which I’m expecting we’ll see with Deadpool and probably eventually with Shazam as well. And although Ant-Man wasn’t groundbreaking, it’s quirkiness helped differentiate itself and that’s what you need to do when there’s so many other superhero properties out there.

I just hope that other studios take note and don’t feel the need to create such huge end of the world stakes all the time, because it can get tiresome. You can have a hero and villain battle it out on a Thomas the Tank Engine play set, and still have an awesome third act. Not that I’m not looking forward to how huge and epic Batman v Superman, Civil and Apocalypse will be, we just don’t need huge event movies for all these superhero movies.

Overall I really enjoyed Ant-Man, and felt like this was the most “human” Marvel movie yet. Sometimes people use the word “fun” to describe Marvel movies in a negative way, suggesting there is nothing more than the superficial enjoyment the films give. However Ant-Man kicked that criticism out by providing a fun movie, that genuinely had a lot of heart. I mean I personally have never felt so affected by an ant dying before, r.i.p Antony. The movie has pacing issues and awkward dialogue. It was a simple movie that didn’t pose any great philosophical or thematic questions, or anything groundbreaking, but honestly it actually was a lot of fun and made me care about the characters, so for me that’s a win.

As for the Ant-Man mid and post credit scenes? Well we saw Hope get her Wasp costume. Her character was a little off in the beginning but she developed well enough by the end of the film. It will be cool to see her as Wasp and see Ant-Man and Wasp go on cute tiny adventures together. But the big one was the post-credit scene with Captain America, Falcoln and Bucky Barnes. It looks like Ant-Man will be team Captain America in Civil War because they’ll need his help for something. Ant-Man was the final Marvel Studios movie of the year, next up is Civil War so this is the only connecting thread we have to Civil War. I have no idea how they’re going to fit all those characters in but that’s a conversation for another time. But it is good we’ll be seeing Ant-Man get involved in Civil War!