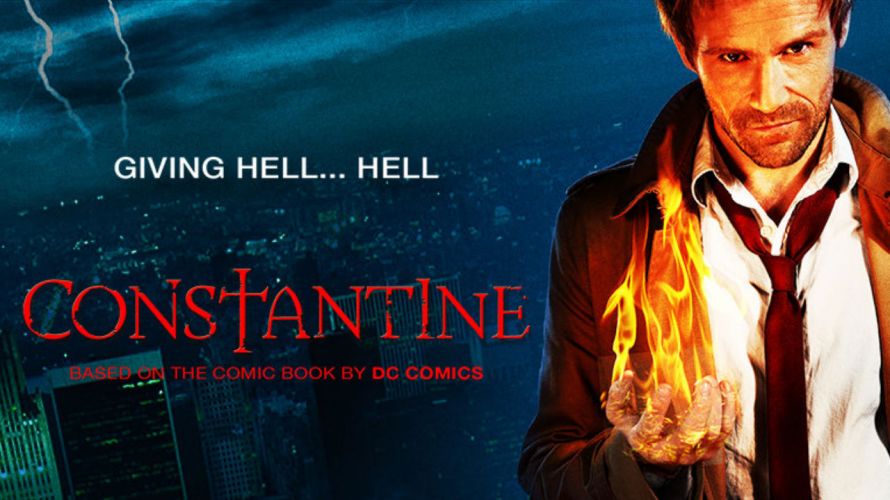 So it’s official, even after all the #SaveConstantine campaigns, the first new comic book show to get the axe is Constantine. But the question is, what could Constantine have done as a show to improve itself, to gain a larger audience? Because whilst the show was enjoyable, it failed to reach it’s potential.

Constantine is a messed up a character. His moral compass is constantly skewed by his inherent selfishness. He’s not a superhero. He’s not a villain. He’s just Constantine. The world of Constantine is dark, eerie and atmospheric. And that’s something I feel the show failed to capture right.

Now many say because the show was on NBC, of course it wouldn’t be as dark or gritty as the comics. But NBC is currently the home of one of my favourite TV shows, and also one of the darkest TV shows, Hannibal. Now for those of you who like dark, psychological stuff and aren’t watching Hannibal, what are you doing? Seriously go watch it, it’s amazing.

Hannibal of course is about Hannibal Lecter. Hannibal Lecter is even more screwed up and dark than Constantine, and the show perfectly portrays that. It’s crazy that this show is on NBC because of how messed up things get in the show. But it is on NBC, so it’s not like NBC is against airing dark shows about morally questionable characters (or in this case outright psychopaths).

So why didn’t Constantine take advantage of its source material properly? When you’re making a genre TV show, you have to differentiate yourself from other TV shows. Why watch Constantine when there’s 10 seasons of Supernatural to watch? Instead of focusing on serialised episodes, the show should have been more of an exploration of character.

Going back to the Hannibal example, the first half of season one of Hannibal was very procedural. However the procedural aspects were merely a backdrop for the exploration of Hannibal’s psyche. The show then moved away from the procedural aspects. Hannibal is an incredible example of a character driven drama. Constantine could have done this too, however by being too procedural in the beginning, it failed to grab the attention of the audience.

Constantine needed to be more distinct. Both in story and visuals. Visually you could have done some really cool things with the setting of the show. Constantine could have created a distinct dark, mysterious and atmospheric show, but instead looked like many other supernatural shows out there. Story wise, the show could have had an interesting look at this morally flawed, reluctant individual, exploring his motives for engaging in the occult world. There were brief times they explored this side of the character, however most of the time he was being a hero. Which is fine, for a different character.

Yeah it’s a shame Constantine was cancelled, I really, really wanted to see more of The Spectre. If another TV show surrounding the dark and magical side of the DC Universe is made, I’m hoping that is does a better job capturing the mood and dark intensity of these characters, and is a character driven story, rather than something that relies too heavily on the procedural aspects. Being on network TV doesn’t have to be a problem, the show just needs to know what it wants to be from the get go and stick with it.