Willa Holland who plays the daughter of Ra’s Al Ghul, Thea Queen, recently discussed the producers’ plans to have Harley Quinn on the show. We got a hint of Harley Quinn in the Suicide Squad episode, where we saw a blonde haired girl who had the classic Harley Quinn voice talking about how she’s a therapist. Now they never explicitly stated that was Harley Quinn, but well you know, we’re not idiots.

It turns out the producers were going to use her more than just an easter egg, and actually had “big plans” to introduce her onto the show. However those plans didn’t work out when higher up WB execs stopped that from happening, presumably because of the Suicide Squad movie. Deadshot who was also a character on Arrow (spoiler alert) got killed off Arrow this season, again presumably because of the Suicide Squad movie. 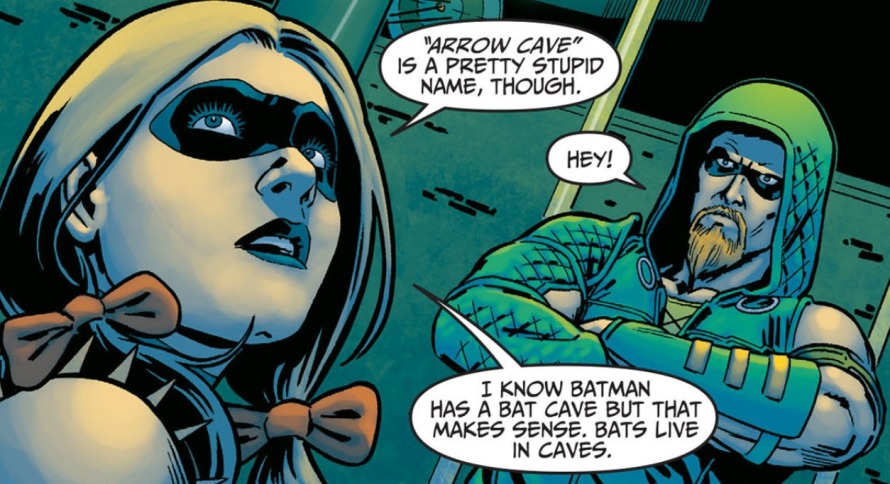 First of all I don’t really understand what the rules are for the TV universe. Supergirl are allowed to constantly mention Superman, Gotham is using Batman’s world and The Flash has, well, The Flash! Yet it appears they weren’t allowed to use Harley Quinn, and apparently won’t be using Deadshot anymore either…

Anyways let’s just say they were allowed to use Harley Quinn, would that have worked anyways? Harley Quinn works well as an independent character. The New 52 comics showed us that she doesn’t need the Joker or Batman to make her interesting. So it could have worked in the sense she could have been part of the Suicide Squad and the Arrow-verse without having Joker and Batman there.

But what role would she have actually played? Would she be similar to Cupid, and just pop up for a Suicide Squad mission? Because Harley Quinn is such a big character, that wouldn’t have been enough. If you’re going to have Harley Quinn on your show, you really have to utilise her character, otherwise what’s the point?

So how can you properly dive into her character without the Joker existing or Batman existing? Would they have changed her origin story so that it wouldn’t involve them anymore? Who is Harley Quinn without the influence of the Joker and Batman?

I feel like without having the Joker or Batman existing in this world, the use of Harley Quinn in the Arrow world would have been fairly constrained. Sure they can mention some vague references to Joker and Batman, but it’s hard to do Harley Quinn’s character, without understanding her past and origin.

So as much as I love me some Harley Quinn, it’s probably for the best that they didn’t use Harley Quinn. They’re obviously not going to introduce the Joker or Batman onto the show, so leaving those worlds separate works. It looks like we’re going to be getting a great Harley Quinn with Margot Robbie anyways, so in the end it will (hopefully) all work out!