Gotham 1×19 Discussion: Christian Grey, what are you doing here? 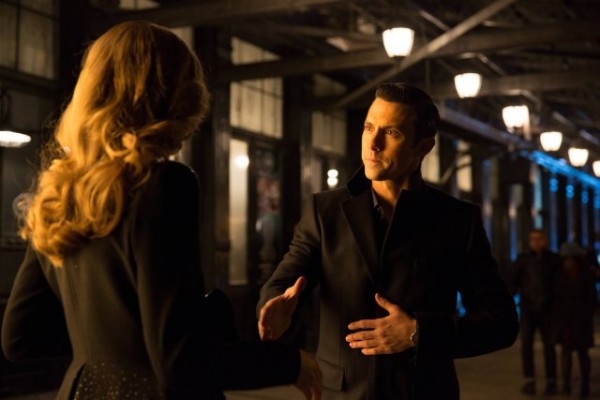 Gotham episode 19 returned with our new villain of the next couple weeks, Ogre! Selina is a bad influence over Bruce, Mooney continues being weird, and Penguin is on his path for vengeance. So let’s discuss Gotham episode 19!

It was good to see Peter Petrelli back on our screens again in Gotham episode 19, but this time he was less hero and more serial killer…They call him Ogre, for some reason, and he’s a rich guy who has intense control issues and a room full weird shit (sound familiar?). Gordon being the stubborn son of a bitch he is, is on the path to finding Gotham’s serial killer, especially since Loeb set him up.

And I have to say, I want to like Gordon, I really do, but his character isn’t written the best at times. I know Jim Gordon is supposed to be determined and what not, but in the comics he’s a bit more subtle. He isn’t grabbing people by the throats and yelling like a mad man all the time, which is something this Gordon does…a lot. I’m all for justice too, but sometimes it’s better to not piss everyone off. 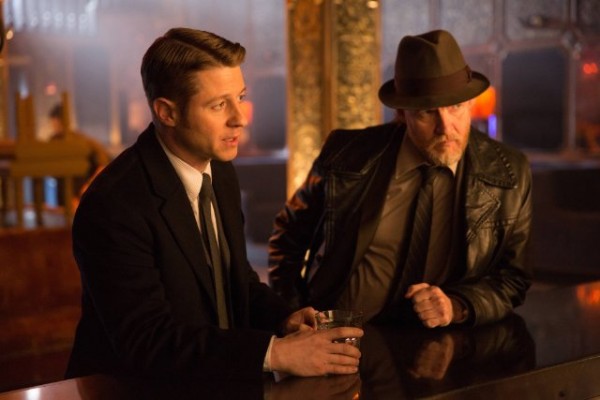 The Ogre was an okay villain, although seemed more like a filler villain than anything else. Perhaps his involvement with Barbara in next week’s episode will better connect him with the larger story.

Over at Mooney’s camp in Gotham episode 19, she’s a woman with a plan! As far as we know right now, Fish Mooney won’t be returning in season 2, as stated by Jada Pinkett-Smith, so it will be interesting to see how they will conclude her character. I don’t think she will die, I’m thinking she will just go elsewhere, and we’ll just never see her again. I’m not as irritated by her character as I used to be, however I just don’t understand the point of her presence to be completely honest.

Another subplot was to do with Penguin, he’s a man with a plan! To take down Maroni. I like that we’re seeing the tactical and strategic side to Penguin more and more. The Batman vs Penguin showdowns aren’t really a battle of brawn, they’re a battle of brain.

Speaking of Batman, the world’s greatest boy detective is at it again. One of the biggest complaints about the Dark Knight Trilogy was that we didn’t really see Batman be the detective that we see him be in the comics. What Gotham has been doing really well, is developing the detective side of Bruce.

And it’s clear that although Selina Kyle can teach Bruce about the streets, she may not be the best influence on him. We saw Bruce struggle with his morality in episode 19, as he almost considered killing Reggie. But Selina took care of that struggle for him, by killing Reggie herself.

Now everyone knows about Batman’s strict no killing policy, so maybe it’s the guilt over this event that really causes him to form that policy once he eventually becomes Batman. Because what Gotham has the opportunity to do, is really explore the motivations of Bruce and why he ultimately chooses to become Batman, and be the way he is.

Overall Gotham episode 19 was pretty enjoyable. Although this show probably should have stuck to the original 16 episode long season they were going to do before, to help create a more focused and tight season.