The Importance of Deadpool’s R Rating (F*** You Slater)

As we all know by now, Deadpool will in fact be rated R, and a big deal was made about it, and for good reason too. Deadpool is now less than a year away now, so it’s time to start gaining back some of the good will lost from the character’s last live action appearance in X-Men Origins: Wolverine (urghh).

Ever since the announcement of the Deadpool movie, much of the discussion online has surrounded whether the film will end up with a R rating or a PG-13 rating. Many reports came out suggesting that Fox will definitely give the film a PG-13 rating, to widen the audience appeal. This of course didn’t make many internet people happy (but then again when are we ever happy?).

Then a bunch of R-rated films came out, and did pretty well at the box office, including Kingsman, and the next thing you know, we have a R-rated Deadpool movie. Honestly, I’m not sure if this was always their intention, I think Fox was definitely convinced to give the film a R rating after the box office success of many R rated films recently. 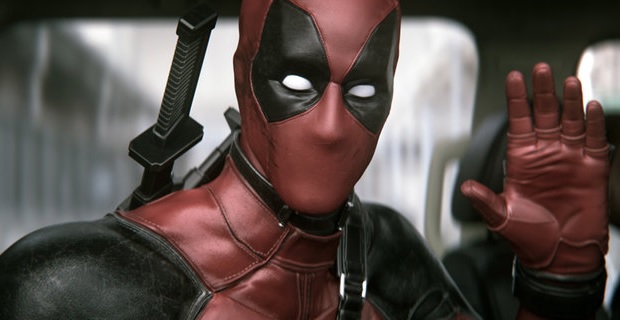 So now we have a R rating and the internet is cheering again. Deadpool needed to do this, because giving the film a PG-13 rating doesn’t exactly scream of confidence. The issue with the last appearance of Deadpool, was that they were almost embarrassed to embrace the comic book roots of the character. They changed his origin, didn’t give him the famous costume and sewed the Merc with the Mouth’s mouth, because that makes sense!

Thankfully, Ryan Reynolds seems like he does genuinely love this character, along with the others involved with the project, so now it looks like they are finally embracing his comic book roots. The way they announced the rating was marketing genius. That move well and truly made everyone excited and confident that the Deadpool movie won’t suck.

Of course with a R rating, we can’t expect the movie to make Avengers money, but it doesn’t need to. I’m assuming this movie will probably have a lower budget of around $50-75 million dollars, so it’s not the type of film that needs to make $100 million on its opening weekend. This character already has a big fanbase, and relatively good name recognition amongst the mainstream audience. So what it needs to do is appeal to the fans, which it is already doing by giving it the R rating it deserves.

The R rating will also help differentiate the movie from the other comic book movies coming out. In 2016 we’re also getting Batman v Superman, Civil War, Apocalypse, Doctor Strange etc, so there’s going to be a lot of superhero stuff going on. If people want something a little different, then as soon as they hear the concept of Deadpool, they’re going to be interested. A R-rated meta comic book movie full of dark fucked up humour sounds good to me!

Everything that we’ve been hearing about this movie so far has made me feel pretty confident we’re going to get something great. That “leaked” test footage was a teaser for the awesomeness that’s going to come.

I won’t expect a trailer for this until maybe 3-4 months before the film’s release, so we might see some footage around late October/early November woohoo!