I love prison! Well I love prison scenes anyways, Constantine episode 9 gave us a demon possessed Constantine who finds himself in a dodgy Mexican prison after savagely murdering a street gang. Obviously the goal of Constantine’s day was to get the bloody demon out of him, which proves difficult whilst you’re in a prison, so of course he needs the help of his great pals Zed and Chas to help him out. I love that he quickly ruled the prison, Constantine is nobody’s bitch.

What was great about Constantine episode 9 was that it gave us some really great character moments with John. I always found John to be almost a little suicidal in the episodes, not being very careful about his life, and all around not really giving a shit. I guess all it takes is for a demon to get into you to figure out that you don’t want to die because you have more to accomplish. 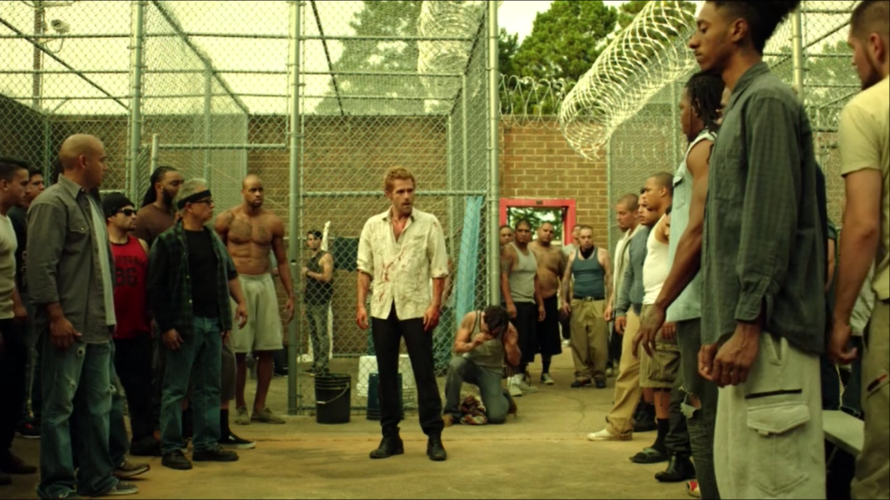 Constantine not only wants to make up for what happened in Newcastle, but I think he really wants to create a life of his own, before he inevitably ends up in hell. He talked about his first love this episode, and surely we will see some more love in his life between him and Zed.

We also had some great moments with Zed and Chas in Constantine episode 9. I’m sure we’ll get to meet Zed’s crazy father eventually, but until then it’s good to see that she’s still a chick than can handle her own. And it looks like we’re going to get deeper into Chas’ backstory, with his daughter being the main focus on next week’s episode. And as always it’s always fun to see Chas die, he’s apparently very easy to kill.

I’m liking this direction they’re taking, they really need to have more character moments like they did in this episode. Usually in Constantine episodes we either get a lot of Zed and not much Chas or a lot of Chas and not much Zed, so it’s great that they were both a large part of episode 9. The relationship between the trio is the heart of the show, so to have more interaction between Zed and Chas was much needed.

However I still have one big issue with Constantine, the writing. The dialogue can be pretty awful sometimes. A lot of the time we hear very unnatural and forced dialogue from the characters, and sometimes it’s more important to show rather than tell. I always find the dialogue to be a little awkward and clunky. The story they have set is great so far, but they need to work out how to create a better flow in dialogue.

But anyways what did you think of Constantine episode 9? Did you have any problems with the episode? Let me know!